FROM THE HUNTER TO THE HUNTED, THE HOT SPRINGS TIGERS ARE HUNGRY FOR MORE

“It’s something I didn’t get to experience in high school,” said Bean.  “As a head coach, getting to walk down the ramp (at the Pit), it’s something we always look forward to, and not having to sit in the section where all the coaches are that AREN’T in the game, it’s a game changer for sure.  It jump started the community that’s been dormant for quite a while.”

The Tigers aren’t in a deep sleep anymore.  Hot Springs reeled off 15 straight wins to start the year following their state championship. “I think it showed that anything is truly possible,” said Bean.  “They were told for years and years that it couldn’t happen and it finally did and it just lifted their confidence and took them to a whole new level.”

Now they are hungry for another one.  Hot Springs returned nine players from last season, but graduated four from that group, including some size. “We went back to our reality,” described head coach Derek Bean.  “We thought we had a good sized team last year and we’re back to our little mighty mites.”

“We don’t have the size we did last year, but we have a lot of fight, a lot of heart and a lot of intensity,” said senior Coltin Whitehead.

This guard-oriented group is energetic with a motto of ‘We is greater than Me’.

“We always push them to bring high energy,” said Bean.  “The last thing we want to do is come out and get out-hustled.  We want to come out with a lot of energy and be ready.  Flat is just not an option for us.”

“We like to have intensity,” said Whitehead.  “It keeps our energy high and gives us a good start to the game.”

State championship or not this season, the players appear to be a grounded group.

“We have to stay in the moment and have fun and, at the end of the day, we’re just kids playing basketball, so enjoy the moment,” said junior Nathan Salcido. 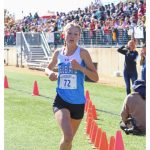 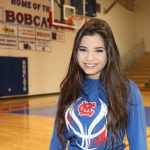