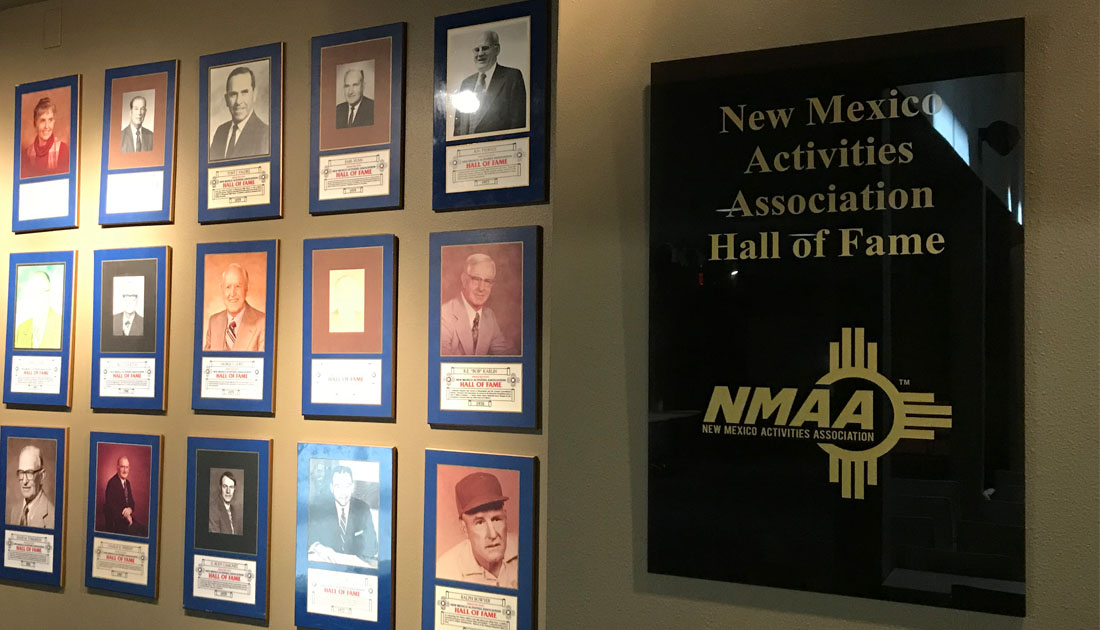 The NMAA Hall of Fame includes individuals who have made significant contributions to interscholastic education in the State of New Mexico over an extended period of time. The Hall of Fame Selection Committee invites nominations for potential inductees.

The NMAA Hall of Fame was established in 1976 and is comprised of an elite group of 108 accomplished individuals who have made significant contributions to interscholastic athletics and activities in New Mexico. In order to be considered, nominees must show great support of the NMAA’s philosophy and objectives, they must have a combination of involvement in formulating regulations and procedures for various interscholastic education programs, and they must have a minimum of 25 years of service, 20 of which must have been in New Mexico.

Nominations are then screened by the NMAA Hall of Fame Selection Committee which consists of current and former leaders within interscholastic athletics and activities. The committee meets in October each year and then selects a maximum of four individuals for induction.