Some of the most meaningful moments in athletics don’t always happen at a varsity high school event.  A recent incident at a middle school basketball game will leave a lasting positive memory for all those involved.

The setting was a Tuesday middle school basketball game between Artesia and Loving.  According to Artesia coach Cory Saxon, Loving coach Ralph Fierro “approached me before the game and explained to me the story of one of his young athletes.”  Seventh grader Donevan “Donny” Onsurez has a heart condition that limits his activity and playing time.  He had undergone multiple heart operations and had not scored yet this season.  “The coach asked me that if we were up big late in the game, if we would allow the young man to dribble around and score,” according to Saxon.

Not only did Onsurez score, he put up shot after shot after shot.  Onsurez finished with 24 points in the game!  “As soon as the coach explained the situation to me, I was ALL-IN and was going to do everything in my power to let the young man score as much as possible,” said Saxon.  “Our entire bench was on their feet the entire 3rd and 4th quarter going crazy every time Donny scored.”

“I’m proud of my team because they understood that some things transcend sports,” wrote Saxon that night in a social media post.  “(We) rebounded the ball and passed it back to the opposing team to allow the young man to get as many shots as possible.  These are the type of moments I love coaching and being a part of!”

“Within sports, there are always lessons that can be transferred to the real world.  That game was the perfect example when our players were faced with a real life decision, they chose to show the type of character and compassion we always hope to model for our athletes, fans and community,” he added.

“I’ve never been a part of something like that before, but it is definitely an experience I will remember the rest of my life,” said Saxon. 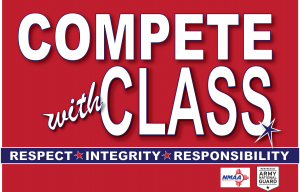 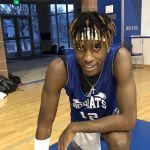