“It wasn’t all about winning and losing, it was about trying to do things right for kids and prepare them for life.” -Judge Chavez, football coach

After more than four decades of coaching football in New Mexico, Judge Chavez decided to step off the sidelines. Earlier this month, Chavez announced his retirement. “It was just time,” said Chavez.

Chavez had football in his blood since he was a kid. He played quarterback at Valley High School and graduated in 1977. His coaching career started in 1979, as a freshman coach at West Mesa High School. Chavez later became an assistant at Highland High School and eventually took over the Hornets in 1995 for his first head coaching job. Chavez remembers his first game as a head coach. “We should have won and we lost,” he joked. “We were up 14-zip to La Cueva,” he recalled. “Mark Henry was the head coach and I worked for him, that’s how I got to Highland. I had Bobby Newcombe and Jarrod Baxter and became really good.”

“It wasn’t all about winning and losing, it was about trying to do things right for kids and prepare them for games and life,” Chavez said.

He coached at Highland High School for 11 seasons. In six of those years, Chavez led the Hornets to the state semifinals. Chavez was 86-41 as head coach at Highland. Chavez then spent seven years at Cibola High School, going 38-40 with a pair of state semifinal appearances in his first two years with the Cougars in 2006 and 2007. In 2016, he returned to his alma mater, Valley High School, and led their program for six seasons and finished with a 20-36 record in charge. Chavez led his Valley team to the postseason in 2018 and 2021.

“You play on a Friday night and then on Saturday you start watching film and you don’t have a lot of time to enjoy it,” he said. “But now, looking back, I have a lot of fond memories of my career and all the kids I’ve dealt with. I have 11 assistant coaches that went on to become head coaches, I’m proud of that.”

Reflecting on his career that spanned over 40 years, Chavez said there was one game he will always remember. “When I coached at Highland, we played Mayfield in the playoffs here in Albuquerque,” said Chavez. “We were undefeated. That team was good. They scored on the first possession of every game. We had athletes like crazy. Mayfield went up 35-14 and their fans started chanting ‘OVER-RATED’. We came back and won 45-35, that was probably the greatest win of my career.”

He might be leaving the sidelines as a head coach, but he isn’t walking away from the game for good. “I did it for 42 years,” Chavez reflected. “I’ll still go to games. I’m going to try and find a situation to still be involved.”

Chavez, now 62 years old, admits that the last 40-plus years has been about more than football. “I hope I taught my players how to become men and how to be good fathers and taught them how to do things right in their life,” he said. “That’s what you’re supposed to do as an educator. I’ve had so much influence and I’d like to think they’ve done well in their lives.” 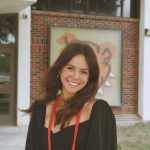 “I feel so proud to be an American” -Isabel Caleyo, Artesia High SchoolGeneral News, Press Releases 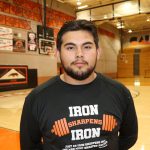