The Alamogordo High School senior attended eight kicking camps this past summer.  He won the Utah camp and Colorado State camp.  “I had really good workouts at New Mexico State and Auburn, they all want to see how my senior year goes,” he said.  Utah, Utah State, New Mexico State and New Mexico are schools Brett feels like he has a shot to play with.

Brett says he’s pretty consistent from 55 yards out and his kickoffs are averaging about 69-70 yards.  “I like the intense atmosphere you get when you’re kicking field goals,” he said.  “This may sound kind of funny, but on kickoffs our band does this chant that pumps me up.”

His range makes attempting field goals an easy decision for Alamogordo head coach AJ Cisco.  “If he gets in that 50-yard range we’re still going to take a shot at it,” Cisco said.  “We feel comfortable with that kid.  His leg and his strength, and having confidence in him, we can put him out there in any situation and he’s going to be pretty good for us.”

Brett first tried kicking when he played football at the youth level.  “In Pee Wee, the extra points were worth two points, so I thought why not try it,” he recalled.  “I kept with it and found out I’m pretty good at it.”

His eighth grade year, Brett went to a kicking camp in Oregon and performed better than most.  That’s when he discovered he might be able to kick at the collegiate level. He thought to himself, “Maybe I’ll try to do this more seriously and try to get school paid for through that way.”

“He’s a phenominal kid,” said Cisco.  “He gets really good grades and does what’s right all the time.”  One example of that is Brett’s persistence in kicking with a cause.  For the past two years, Brett helped raise money for cancer research in partnering with a national Kick-it-for-Cancer campaign.  With pledges and donations, every successful field goal or extra point Brett makes during the season raises more money for the cause.  “My field goals are worth more than points on the board,” said Brett.

Alamogordo is at Chaparral on Friday. 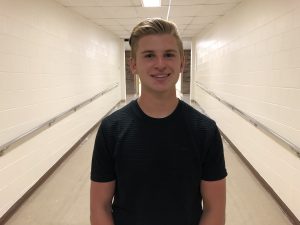 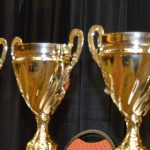 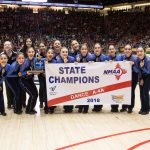