The member schools of the New Mexico Activities Association voted on several referenda items for the upcoming school year.  Some of the changes include:

-Entry fees, required to participate in any tournament or event, must be processed through the host school and cannot be paid to booster clubs or outside agencies.

-Regular Season Contests – Radio broadcasting, telecasting, or video streaming a regular season contest is prohibited without the consent of the host school. This does not prohibit use of film and tape for sports clips by media representatives. Video recording is allowed.

-Students must participate in a minimum of one quarter (1/4) of the varsity contests scheduled to be eligible for post-season competition. A player who sustains an injury that precludes participation in one quarter of the varsity contests during the regular season may participate in post-season competition provided the student has been on the team roster throughout the season. In addition, the injury must be certified in writing by a licensed medical physician and submitted to the Director as well as kept on file by the school principal. For this exception to apply, the injured player cannot have participated in any other sport (inside or outside of the school) during the regular sports season. Note: Sub-varsity players can be moved up for post season play without playing in a 1⁄4 of the varsity contests.

-If a Student’s Parents separate (and are not divorced), and one Parent remains in theattendance zone where the Student had previously been attending school, the Student’s residence is that of the Parent who did not move.

-Coaches/other school personnel who engage in unethical or unprofessional behavior shall be subject to sanctions by the Executive Director, in accordance with the tenets of the NMAA Sportsmanship Initiative,“Compete with Class.” Such behavior includes, but is not limited to, publicly disagreeing with the judgmentof contest officials, entering officials’ locker rooms before or after games, demeaning contest opponents, orotherwise publicly defaming or attacking the credibility of officials or opponents. An example of this behavior would be providing negative quotations in newspaper or other media outlets, including social media platforms, about officiating performance or about opponents.

-Deadline for all head coaches to complete the district clinic in person or online at www.nmact.org depending on the sport: August 15th for Fall Sports, November 15th for Winter Sports, February 15th for Spring Sports

-All required information (rosters, schedules, etc.) must be posted on the NMAA website via MaxPreps by the following dates: September 1st for Fall Sports, December 1st for Winter Sports, March 1st for Spring Sports

-Prior to participation, written parental consent, allowing qualified medical professionals (QMP) toprovide sports medicine services, must be on file with the school and provided on the NMAA’s Consentto Treat form.

A QMP is defined as a medical/osteopathic physician, physician’s assistant, nurse practitioner, orathletic trainer licensed by the state of New Mexico (or the state in which the student-athlete is located at time of injury or illness).

-Member schools shall utilize the physical examination forms provided by the NMAA. There shall be three parts:

Part One – Emergency Information Form – To be completed and signed by the parent or guardian and student athlete.

Part Two – Annual Pre-Participation History Form – To be completed and signed by the parent or guardian and student athlete.

-*Verbiage to be eliminated is listed below:

Tournament Progression – In regular season, non-district games, when a team advances in a tournament other than by scoring a winning goal, the record will indicate the game was a tie. An asterisk (*) is placed by the team advancing in the tournament to indicate its advancement.

Removal of this bylaw will determine a winner for soccer matches held during regular season tournaments that end by way of a shootout. This provides clarity and accuracy for overall team win/loss records and for seeding purposes.

-Coaches must post the pitch counts for all players from each game to MaxPreps, along with results, within 24 hours. (Coaches are responsible for players from their own team)

Note –Failure to post pitch count numbers to MaxPreps within 24 hours will result in the following: 1st Offense – Warning
2nd & Subsequent Offenses – Coach will be suspended for one game.

The results for the June/July NMAA Referenda are now available and can be accessed from the below link: 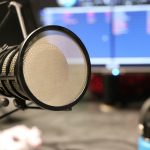 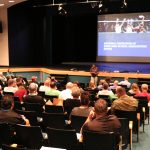