WHAT’S THE DIEHL? PIEDRA VISTA TWINS ON TOP OF THEIR GAME

He’s talking about Trey and Tyler Diehl.  The brothers are a big reason why the Piedra Vista golf team is so successful.

“They don’t have a weakness in their game,” said Yost.  “Their heads on their shoulders is fantastic mentally.  I have a feeling they’re going to go deep here in the next couple weeks.”

Trey was recently the only golfer under par the Shootout in the Desert tournament involving some of the top high schoolers in the state.  What a lot of people might not know about the two is they are twins.  “We had one kid in our class this year and we sat right next to each other and he didn’t realize we were twins until about four months in,” said Trey.

They don’t look alike, but they both have an A-game on the golf course.  So how are they different?

“I’d say I hit the ball straighter than he does, but he’s definitely a better putter,” said Tyler.

“I have a better scoring average this season, but it’s a toss-up,” said Trey.

“My irons might be a little better than his, but he just knows how to scramble and get in the hole,” added Tyler.

The fact they always have a playing partner in the other helps feed their competitive fire and they push each other to get better.  “We’re always competing against each other, whether it’s at home or on the golf course and that competition makes us better,” said Trey.

“We go out every night and compete, play nine holes against each other and then we have chipping contests and putting contests,” said Tyler.

“When we’re in a tournament, we like to root for each other,” added Trey.  “We want each other to do good because we’re on the same team. It is competitive, but it’s also very supportive of each other.”

They will be on the same team for the next couple years.  Both Trey and Tyler committed to golf for New Mexico State University. 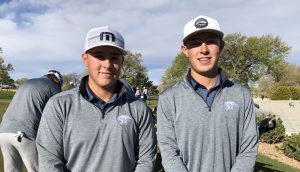 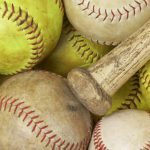