FOOTBALL COMMITS, WIN STREAKS SNAPPED AND OTHER NOTES FOR THE WEEK

Two girls basketball teams suffered their first losses of the year, one coach reached a milestone while another is close to a major mark.  Here are some other news and notes from the week in high school sports. 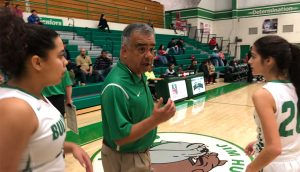 And then there was none…

The West Mesa girls basketball team dropped from the ranks of the unbeaten after suffering their first loss on Saturday, losing at Piedra Vista 68-55. Previously unbeaten Robertson also lost on Saturday, falling to Tucumcari in overtime 39-36.  There are no longer any unbeaten girls basketball teams in New Mexico.  Las Cruces is the only boys team with a perfect record.  The Bulldogs are 20-0 after beating Mayfield this week.  Las Cruces will take on Gadsden Friday night.

The La Cueva boys swim team won the Metro Championships last weekend.  Their victory followed the La Cueva girls’ win, who dominated in the pool the week prior.

Chase Chaloupek of Las Cruces High School announced his commitment to play football at West Texas A&M University.  On social media this week, he thanked his “family and coaches for the amazing support throughout the years.  Thank you to the other schools who re cruited me and believed in my abilities.”

Former Albuquerque Academy standout and current Houston Astros All-Star third baseman Alex Bregman will be on the cover of this year’s R.B.I. Baseball 19video game.  It will be available this March.

The Albuquerque Metro Wrestling Championships begin on Friday at Atrisco Heritage High School. Cleveland is the defending champ in this event. 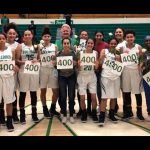