PIEDRA VISTA GOLFER TO TEE IT UP AT PEBBLE BEACH

River Smalley is about to tee it up at one of the most well-known golf courses in the world. The Piedra Vista senior was selected to play at Pebble Beach for the PURE Insurance Championship Impacting the First Tee.  The event will be held September 24-30 at Pebble Beach Golf Links and Poppy Hills Golf Course in California.  81 junior golfers are teamed with 81 PGA Tour Champions players and 162 amateurs during an official PGA Tour Champions tournament.

“It’s pretty much the ultimate of a golf course so I’m really looking forward to the test and play where there’s so much golf history,” said Smalley.

Smalley has been involved with the First Tee of San Juan County for seven years. He was selected by a national panel of judges based on playing ability and application of the Nine Core Values and life skills learned through the First Tee’s programs. Smalley had to wait until the 11th hour of the announcement to hear his name.  “It was on the Morning Drive (on the Golf Channel) which was really cool to get your name on tv.  The show started at 5 (am) and ended at 7 and it gets to 6:45 and I’m getting nervous and when the mountain region came up this kid from Seattle got picked and they showed all the names and I saw my name up there.  I was like, ‘Wow! This just got real.’”

The tournament will be televised on Golf Channel September 28-30. 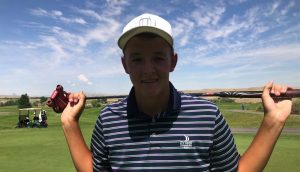 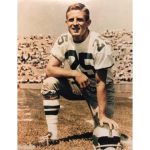