Bregman’s home run was one of ten homers on the night and turned out to be the game winning solo shot in a game where the American League beat the National League 8-6 in 10 innings. Bregman is the first Houston Astro to ever win an All-Star Game MVP.

“It’s just an incredible two years for the Houston Astros,” Bregman said on the Fox Postgame Show. Bregman is coming off a World Series Championship with Houston last season.

The All-Star game was played in Washington, DC and Bregman’s family has history in the area.  “My dad grew up here and actually sat on Ted Williams’ lap, so this is really special to us,” the MVP said.

“It was incredible,” Bregman told the national t.v. audience about his first All-Star experience.  “Just being able to talk to guys like Trout, I get to talk to Altuve every day, but Judge and Sale and all these guys, it’s just really special to be around them and pick their brain and get better at the game, it’s fun.”

With the MVP honor comes a gift from Chevrolet.  Bregman got to choose between a brand new Colorado ZR2 truck or a Camero SS.  Bregman chose the blue Camero and decided to give it to his mother, Jackie.  “They were giving me a hard time and said if it happened, my dad wanted the truck and my mom wanted the Camero and I had to choose my mom.”

The 24-year old Bregman was playing in his first All-Star game. 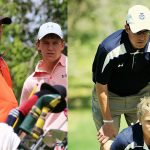