Two New Mexico high school golf coaches will take some of the top talent in the state to compete against the best in the country.  Rio Rancho’s Jason Black and Artesia’s Dusty Bean will lead a group of New Mexico girls and boys at the Junior America’s Cup this month.

The Junior Americas Cup is a matchup of the top high school golfers from every state, along with teams from Mexico and Canada.

Black, who just finished his 15thyear in charge of the Rio Rancho golf program, will lead Cleveland’s Jacque Galloway, Deming’s Presley Jackson, Jessica Osden from Los Alamos, along with Alexis Escobedo from Texas, at the three-day event in Evergreen, Colorado.

“It’s impressive how good the competition is out there and how good the girls from Sun Country play,” said Black.  Last year the New Mexico girls squad finished 10thoverall.

“I think this year we’d like to be better and be a top 8 team,” added Black. “With the girls we have, we have four solid golfers who can get it done.”

According to Black, the event is also an opportunity to showcase their skills for the next level. “There will be at least 40 college golf coaches watching,” Black said.

“I don’t know what to expect because this is my first year coaching a group for the Junior America’s Cup,” said Bean.  “I know we have a great group of golfers.”

His expectations for the boys are high.  “I think a good goal would be a top five finish,” Bean explained.  “If we could do that, I’d be pretty happy.  If we do better, that’s just icing on the cake.”

“I know the competition is going to be good, there’s some good players out there.  I’m curious to see how our boys handle it.”

Bean and Black don’t coach these kids during the high school season and this event gives them an opportunity to provide a different perspective.

“It’s an all-star team, they’re the best of the best when it comes to New Mexico high school golf,” said Bean.  “What I’m doing is helping prepare them for college-type play.”

This is Bean’s first time at this event, but his strategy and advice are simple.  “Let’s hit the fairway, let’s hit the greens and take as few as putts as possible,” Bean said.

If they follow that advice, they’ll finish pretty strong.  Their first round is Tuesday. 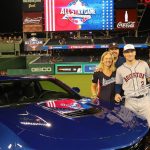 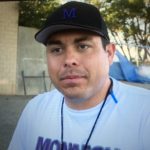