The 5-foot-5 junior left-handed pitcher and outfielder led the Cavegirls (30-1) to the Class 5A state championship this past season. Aragon compiled a 16-1 record with a 1.91 ERA, striking out 182 batters in 99 innings pitched. A First Team All-State and All-District selection, she also batted .598 with 15 home runs and 48 RBI, amassing an OPS of 1.863. Vice President of her school’s Interact Club, Aragon has volunteered locally on behalf of food donation drives, community clean-up initiatives and youth softball camps. “I believe the best player in New Mexico was Faith Aragon,” said Ron Romero, head coach at La Cueva High School. “She really got it done on both sides of the plate. She has a great bat and she’s an excellent pitcher too, throwing it 60-plus with a good rise ball.”

Aragon joins recent Gatorade New Mexico Softball Players of the Year RyLee Crandall (2020-21, Artesia High School), Brianna Gallegos (2019-20 & 2018-19, Rio Rancho High School), and Kali Crandall (2017-18, Artesia High School), among the state’s list of former award winners. Gatorade has a long-standing history of serving athlete communities and understands how sports instill valuable lifelong skills on and off the field. Through Gatorade’s “Play it Forward” platform, Aragon has the opportunity to award a $1,000 grant to a local or national organization of their choosing that helps young athletes realize the benefits of playing sports. Aragon is also eligible to submit a short video explaining why the organization they chose is deserving of one of twelve $10,000 spotlight grants, which will be announced throughout the year. To date, Gatorade Player of the Year winners’ grants have totaled more than $3.5 million across more than 1,300 organizations. 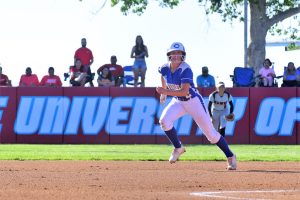 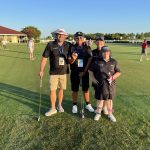 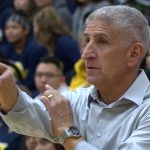