“These cadets, all seniors, have been working on their craft throughout their high school careers, spending thousands of hours practicing and competing for the right to be called champions of the entire Air Force nation,” said Col. Michael F. Lamb, USAF (retired) and Senior Aerospace Science Instructor at Del Norte High School.  No one can take this away from them, they are now immortal, and I couldn’t be more proud.”

The JROTC Service Championships are a series of matches held annually for Army, Marine Corps, Navy and Air Force JROTC Cadets.  Participation is by invitation only and is based off of the results of the 2021-2022 JROTC Postal Competition.  The JROTC Region Championships are also the qualifying competition for the 2022 National JROTC Championship. 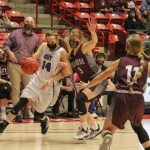 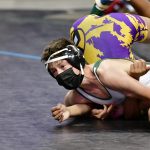