“Honestly, reaching that mark didn’t sink in until a day later,” said Shallenberger. “It was another win in the current season and trying to finish good enough in district to make the playoffs. But after lots of texts, phone calls and social media, I had time to reflect on that number of wins. It means I have had the opportunity to develop great relationships with people, from coaches, players, administrators and parents. Those relationships and the success of players to become good citizens in life means a lot to me. Reaching 300 is only part of the journey.” 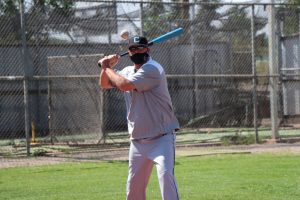 Shallenberger started his coaching career at Clovis High School in 2001 before taking over at Cleveland.  He earned his 200th career victory at the school earlier this season.  His overall career record is now 300-193.

“When I first started, I never thought about 100 wins, much less 300,” he said. “My goal was to build a solid and successful program at Clovis and building a program from scratch at Cleveland to be as successful as possible. My focus every year is to make each team as successful as they can be on and off the field.”

With Tuesday’s win, the Storm improved to 14-3 on the year.  Cleveland will host Volcano Vista on Friday.

Here are some highlights from Tuesday’s 19-4 win over Cibola.

Also on Tuesday, Carlsbad softball coach John Tigert picked up his 600th career win in the state of New Mexico with an 8-2 victory over Hobbs.  “I tell people it’s because I’ve outlived a lot of the senior competition,” Tigert joked.  “It helps when you have a lot of talent.”

His overall record is 613-136 (13 wins in Texas).  He’s spent 30 years as the head softball coach in Carlsbad, one year in Artesia and another season in Odessa.  Tigert has led the Cavegirls to 11 state championships.

Carlsbad is now 12-1 overall on the season.  The Cavegirls are at Clovis on Thursday. 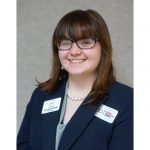 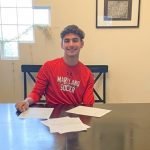