The 6-foot-1, 175-pound senior forward scored 14 goals and passed for four assists this past season, leading the Sartans to a 3-5 record in a pandemic-shortened campaign. A 2021 First Team All-State selection, Garcia was named to the Best XI squad at last month’s High School All-American Game. He concluded his prep soccer career with 52 goals and 33 assists. 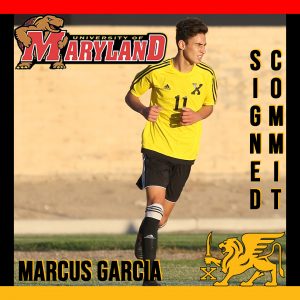 A volunteer youth soccer coach for Annunciation Catholic School, Garcia has donated more than 150 hours of his time to the Roadrunner Food Bank over the past four years. “Marcus is a very good player,” said Tommy Smith, head coach of Sandia Prep. “He has good size, strength and moves well. He has a good feel on where to be, in and around the box. He shoots well and is not afraid to mix it up physically.”

Garcia has maintained a 3.55 GPA in the classroom. He has signed a National Letter of Intent to play soccer on scholarship at the University of Maryland this fall.

Through Gatorade’s cause marketing platform “Play it Forward,” Garcia has the opportunity to award a $1,000 grant to a local or national youth sports organization of their choosing. Garcia is also eligible to submit a 30-second video explaining why the organization they chose is deserving of one of twelve $10,000 spotlight grants, which will be announced throughout the year. To date, Gatorade Player of the Year winners’ grants have totaled more than $2.7 million across 1,117 organizations. 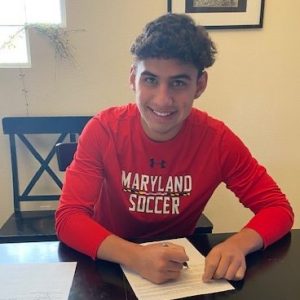 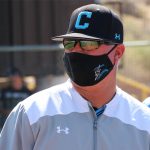