The 5-foot-8 senior outfielder and infielder batted .600 with four home runs, seven RBI and a 2.181 OPS in six games this spring before the remainder of the season was canceled. A First Team All-State and All-Metro selection, Gallegos led the Rams to the Class 5A state championship in 2019, hitting .515 with 36 RBI, 56 runs scored and 20 stolen bases, while tying the state single-season record with 19 home runs.

Also a talented singer, Gallegos has volunteered locally on behalf of a VA hospital and youth softball programs. “Brianna has been a leader on our team since she started in the eighth grade,” said Rio Rancho High School coach Paul Kohman. “She tied the state home run record last year, even while missing five games because of a concussion, and I have no doubt she would have broken it this year.”

Gallegos has maintained a 3.57 GPA in the classroom. She has signed a National Letter of Intent to play softball on scholarship at New Mexico State University. 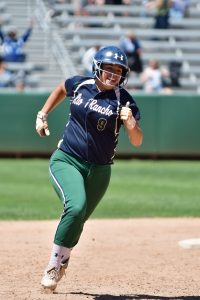 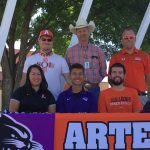 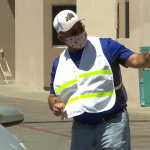