Monday is the first official day of practice for high school baseball teams statewide.  You might notice there was a change made at several fields in Albuquerque for this upcoming season.  The Albuquerque Public Schools Facilities Design group installed dugout fencing at all APS high school baseball fields.  Last season, the fences were installed at Valley High School and Albuquerque High and this year the same protective fence in front of the dugout went in at all the other high school fields.  Safety was the primary reason for installing them.

“I’d say the main driver was risk management,” explained Karen Alarid, the executive director of APS Facilities Design and Construction.  “We’ve had accidents before in the bullpen and they were very proactive about it.”

“We hope to be protecting the kids from those balls that fly into those dugouts,” said Alarid.  “That’s what we want, reduced accidents.”

Most of the feedback from coaches has been positive.  “Of course, a coach’s number one priority is the safety of the players and the new fencing provides enhanced protection,” said Sandia head coach Chris Eaton.  “I would rather keep everyone safe as opposed to an unobstructed view of the field near baseballs being hit and fouled off.”

“Safety is always important and these fences provide that,” said Valley head coach Chad Kuhn. “Not to mention, mine looks great!,” he added.

All coaches understand the importance of safety, but some feel like the new fences have changed the dynamics of several fields.  “There are numerous dead ball areas that were not there before which creates for weird circumstances where players will be awarded bases when in years past, the ball would have been playable,” said Eldorado coach Reid Figiel.  “I totally understand the safety factor of protecting everyone in the dugout, but I have never played at a high school, college, or professional field in which players have been completely confined in the dugouts.” 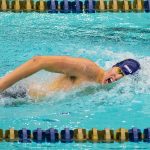