In the breeze of Santa Fe you can hear the footsteps of some up and coming runners.

“Just as the year goes on we’re starting to get people to realize who we are as a school and as a cross country team,” said freshman Lily Rittmeyer.

That school and cross country team is ATC.  It’s the Academy for Technology and the Classics.

“We’ve got a group of girls that bought in hook, line and sinker,” said head coach Tim Host.

“We’re really focusing on improving and getting ready for state because last year we were runner up so it’s really exciting to know that we’re improving a lot,” said freshman Noelani Van Loon.

It’s not just that they finished second at state, they were only a few points short of the top of the podium.

“Last year made us realize how close we are and just five more minutes on a workout can make a difference or running during the summer on that day you really don’t want to get up is worth it,” said junior Maggie Rittmeyer.

This group is not only deep, they’re young without a senior on the squad.

“I feel like since we are so young it’s inspiring all the younger kids to want to be like us because we are closer to their age and it’s nice to see somebody your age do something so great,” said sophomore Maiah Trujillo.

“I remember when I was in seventh grade there were three girls on my seventh grade team and that was it,” recalls Maggie.  “That was the year they won (state) and I wanted that.  It’s cool to see us grow and not necessarily have it yet, but get to a point where if we do get it it’s going to be worth it.”

Even though they are young, confidence won’t be a problem.

“We know that we can get there and become state champions, we’re so close,” said junior Kamryn Hoehne.

We’ll find out in November if they can change the word close to champs. 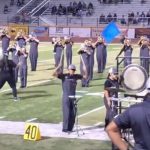 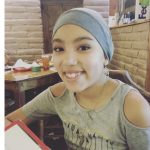 ALAMOGORDO FOOTBALL IS KICKING FOR A CAUSE ONCE AGAINGeneral News, Press Releases