“It would be great to three-peat, that’s just a special thing,” said Academy girls soccer coach Peter Glidden.  “It just sounds good to say it.”

That’s what the Academy girls soccer team is after, a third straight state title.  The Chargers have put together an even better season than the previous two.

“Actually, this is our most successful year so far,” said senior Eliza Mariner.  “I think that tells a lot.”

“It’s a great feeling continuing this legacy from the past two years,” said senior Anna Carpio. “Just knowing that we’re still a really strong and successful program is a confidence boost for sure.”

Offensively, they’ve outscored their competition by more than 100 goals.  Defensively they have more shutouts than any other team in the state.

“Defensively we’re very solid and we’ve been playing the same formation and that is working really well for us,” said captain Tessa Anderson.  “Offensively we’ve been doing a lot of offensive drills at practice and that’s really helped us.”

How’s this for consistent? The Chargers have played in the title game 16 of the last 19 years.  The program has 10 state championships, putting a big red target on their jersey heading into the playoffs.

“Even when we’re not successful we have a target, to be honest,” said Mariner.  “We’re definitely the team to beat in our division, we’re definitely expected to win.  It’s just a lot of pressure.”

“It’s going to be a stressful postseason but I think we can be successful,” said captain Tessa Anderson.

“There’s a lot of expectation because we’ve been so successful in the past and what we need to do at this point is put that behind us and focus on playing our game.  We can’t let outside things affect us.  We just have to control what we can control and do the best we can.”

Their best has been pretty good lately.

All the brackets for the Fuddrucker’s State Championships will be released on Sunday at 4pm on the NMAA website nmact.org. 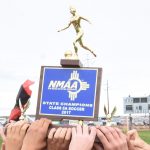 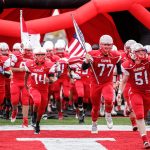