BULLDOGS STARTING TO WARM UP WITH 2OT WIN

“That was a tough one,” is how St. Pius X coach AJ Herrera described his 1-0 double overtime loss to Albuquerque High.  It was a meeting of two of the more dominant boys soccer programs in their respective classes.  One team is defending 6A state champ, a squad that played in the final game of the season each of the last four years.  The other team is arguably one of the most successful programs in the state’s second largest classification.

AHS goalie Jose Sevilla had just as much to do with the victory.  The senior posted a shutout in net, including a big penalty kick save.  “It was nerve racking, but at least I got to pull it off,” said Sevilla.

After losing three of their first five matches, the Bulldogs are coming off wins over La Cueva and St. Pius X.  “We kind of started like we normally do in a season, we start slowly,” explained AHS head coach Lucien Starzynski.  “Then we change things and figure out the right recipe and we get better and better.”

“I think the La Cueva game the other night, we turned the corner and this one was a big one to keep us on that path.” 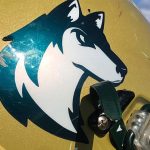 HUSKIES HOPING THIS IS THE YEAR FOR 1ST FOOTBALL TITLEGeneral News, Press Releases 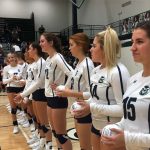