The 5-foot-6 senior won the Class 5A state meet title this spring with a time of 18:35.78, breaking the tape 21.37 seconds ahead of her next-closest competitor and leading the Eagles to a second-place finish as a team. Sisneros also won the District 2-5A Championships, her only other race during the abbreviated spring season. She placed 29th at the AAU National Championships in Florida in December. Sisneros finished sixth at the 2019 state meet, helping the Eagles capture the state title. She also won the 1,600-meter run at the Class 5A state meet as a sophomore.

An award-winning artist who creates prints and ceramic works, Sisneros has volunteered locally as a youth running coach, and she has donated her time to multiple community service initiatives through her school’s Key Club. “Laurynn is very hard-working and dedicated to her sport,” said Chokri Dhaouadi, head coach of Eldorado High. “As a runner, she is very mature and knows how she can win races. She prefers to run in the front and has an exceptional kick.”

Sisneros has maintained a weighted 4.50 GPA in the classroom. She has made a verbal commitment to attend the United States Military Academy, where she will run cross country and track, beginning this fall.

Through Gatorade’s cause marketing platform “Play it Forward,” Sisneros has the opportunity to award a $1,000 grant to a local or national youth sports organization of their choosing. Sisneros is also eligible to submit a 30-second video explaining why the organization they chose is deserving of one of twelve $10,000 spotlight grants, which will be announced throughout the year. To date, Gatorade Player of the Year winners’ grants have totaled more than $2.7 million across 1,117 organizations. 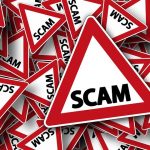 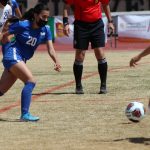