THERE’S A NEW GAME IN TOWN FOR ESPORTS

There’s a new game in town.

You know the game of football, but are you familiar with Madden NFL 21? New Mexico High Schools have started their second year of Esports as a sanctioned activity.  The NMAA, in partnership with the NFHS Network and PlayVS, expanded the game titles offered for the 2021 Esports Season to include Madden NFL 21.

Previously, the NMAA Esports line-up included only League of Legends, Rocket League, and SMITE. “They were pretty excited when we told the kids Madden was going to be one of the games offered,” said Billy Pier, Esports coach at Raton High School.   “It was pretty awesome. That’s what brought some of these kids to Esports.”  Pier is also one of the football coaches at Raton and says Madden helped him land a couple of the football players onto the Esports roster, too.

Madden NFL 21 boasts real professional football players on their actual professional teams. The game is now included as part of the NMAA’s Official Spring Esports Season, which began this month and will culminate with State Championships in early May.

“The NMAA is excited to partner with PlayVS in bringing Madden NFL 21 to our high schools,” said NMAA Executive Director Sally Marquez.  “Esports has become one of our Association’s fastest growing activities and the addition of new games will only help to increase student participation.”

ESports is growing bigger and bigger each semester.  “While in remote learning status, our students could still participate in a socially distant activity with their friends and meet other students who enjoy games that they do as well,” said Jemez Valley High School Esports coach Brian Moffett.

“This is our first year with Esports and the experience has been awesome,” said Espanola Valley High School Esports coach James Flores. “I’ve had fun with it and they’ve shown growth as a team.”

“Esports teaches the kids teamwork and how to focus on a task as a group,” said Flores. “It also opens up opportunities for students that wouldn’t necessarily compete in traditional sports. It gives them a chance to play something organized.”

Raton coach Billy Pier agrees with the benefits of offering Esports to students.  Pier was a college football player himself.  “I wish I knew more about it before I started college for scholarships,” Pier said. “Esports gives them opportunities. I started playing games in high school, but I went to college to play football and didn’t have much time to play my game.  I was a big Madden fan growing up, but now I play mostly SMITE.”

Pier says gaming, for him, is a break from the gridiron.  Little did he know that now, thanks to Madden NFL 21, the gridiron is following him to his gaming. 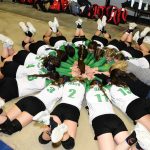