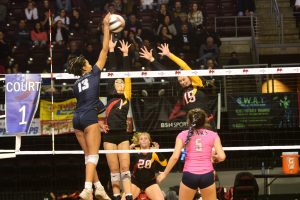 The 5-foot-8 senior outside hitter led the Bears to a 22-1 record and a second-straight Class 5A state championship this past season. Sharp recorded 311 kills, 202 digs, 37 service aces and 23 blocks while posting a kill percentage of .502 and a hitting percentage of .383. The Metro Prep Volleyball Player of the Year, Sharp is a two-time First Team All-State selection. She concluded her prep volleyball career with 901 kills and 515 digs. 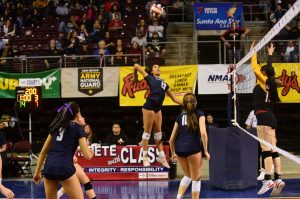 Sharp has volunteered locally with the Lightning Boy Foundation, an organization that provides programming in traditional dance throughout Northern New Mexico. The foundation was launched in honor of Sharp’s cousin, Valentino Rivera, who died at age 6 in 2016 after being hit by a drunk driver. She has also participated in multiple fundraising campaigns to benefit breast cancer research. “Mariana was an integral leader on their team not only as an attacker but defensively as well,” said Christina Norton, head coach at Cibola High School. “From last year to this, Mariana has grown in her IQ of the game and with her leadership skills.”

Sharp has maintained a weighted 3.15 GPA in the classroom. She has signed a National Letter of Intent to play volleyball on scholarship at New Mexico State University this fall. 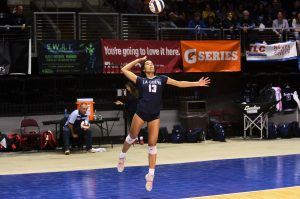 As a part of Gatorade’s cause marketing platform “Play it Forward,” Sharp has the opportunity to award a $1,000 grant to a local or national youth sports organization of her choosing. She is also eligible to submit an essay to win one of twelve $10,000 spotlight grants for the organization of choice, which will be announced throughout the year. 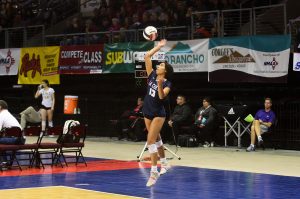 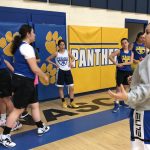