FUDDRUCKERS PRESENTS EVERYBODY HAS A STORY: DEVON SANDOVAL, BORN TO PLAY SOCCER

Former Eldorado High School standout Devon Sandoval is a professional soccer player who suits up for the New Mexico United.  In fact, Sandoval was the first player ever signed by the newly formed USL franchise. On March 9, 2019, he scored the team’s first-ever goal in their opening match. 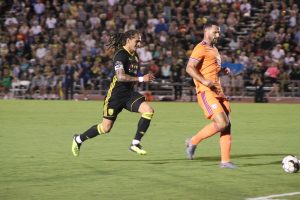 Sandoval is happy to be back in New Mexico, once again.  After helping Eldorado win state titles his freshman and sophomore years in high school, he spent one year at San Diego State University.  Sandoval then transferred to the University of New Mexico, playing three years for the hometown Lobos.  His professional dreams came true in 2013 when  Sandoval was selected by Real Salt Lake in the second round (29th overall) of the MLS SuperDraft. He played professionally for several years before returning home to New Mexico to play with the United.

Sandoval sat down with J.P. Murrieta to talk about his career and how he was “born to play soccer”. 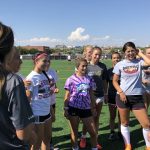 CIBOLA GIRLS ESTABLISH THEMSELVES AS ONE OF THE TEAMS TO BEATGeneral News, Press Releases 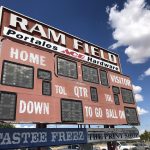