CIBOLA GIRLS ESTABLISH THEMSELVES AS ONE OF THE TEAMS TO BEAT

It’s not difficult to find a common word to describe the Cibola girls soccer team.  “We have a very strong, fast team,” said senior Nicole Estrada.

“We have a really fast squad,” added senior Sydni Burrup.

Fast is the word. They could also add the words deep, experienced, and good.  The Cougars have 11 seniors and return a double-digit number of starters from last season.

“We’re deep, we have 21 players and any one of them can start at any time,” said Weihe.

One of those starters is Sydni Burrup.  She has no trouble finding the net and is one of the team leaders.  “I just try to stay positive and keep our team a team,” said Burrup of her role on this year’s squad.

“Sydni is the kind of player every coach loves to have on their team,” said Weihe.  “She’s super talented, has a great work ethic, super positive, she’s a team leader.”

“I try to score goals too,” Burrup added.

The senior committed to play at Gonzaga University.  “The campus there is so pretty and the coaching staff is super nice,” Burrup described.  “As soon as I went there I was like ‘This is where I need to be’.”

Heath Weihe took over the program this year and the reviews are positive.  “The transition is good because everyone loves him already because we have him as a calculus teacher,” said Burrup.

“He’s been amazing and the transition has been very smooth, we all love him very much,” said Estrada. “It’s awesome he’s here at school and we’re all involved, very spirited.”

The Cibola girls also have a new field at the school.  The Cougars will play on the turf and be able to host home games this season.  “It’s helped us develop more quickness with our speed and our ball skills and more control with the ball,” Estrada said.

Cibola won the Metro Championships last week.  Their goal is to get back to the “state” final for the first time since 2016… and have some fun along the way.

“Mackenzie Baker, she says she just wants her senior year to be memorable regardless of the ohutcome of the year as long as she has a fun year and gets something out of the season,” said Weihe.  “It’s on the back of our minds, we have a talented squad and we’re looking forward to district and then into the state tournament hopefully.” 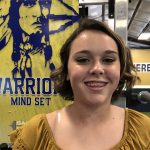 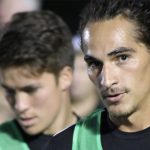