New Mexico Activities Association Executive Director Sally Marquez was recently approved by the NFHS National Council for a four-year term on the NFHS Board of Directors.

“Serving on the Board is a privilege and responsibility I am very honored to have,” said Marquez.

Prior to joining the NMAA, Marquez held a variety of positions in the Rio Rancho Public District in New Mexico for six years, including teacher, dean of students, assistant principal and director of personnel. Marquez held a variety of teaching, coaching, and administrative positions in New Mexico, Texas and Virginia for 14 years before joining the Rio Rancho district.  She recently completed her 35th year as an educator.

Nationally, Marquez is one of only three females who are serving as directors of a state high school association, including Rhonda Blanford-Green of the Colorado High School Activities Association and Que Tucker of the North Carolina High School Athletic Association. 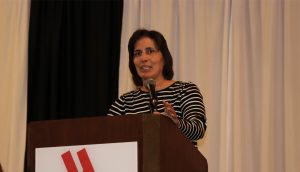 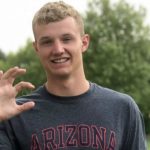