Former La Cueva High School standout and current University of New Mexico softball player Andrea Howard could be headed to the 2020 Olympics.  Howard helped the Italian National softball team qualify for the Tokyo Games with a 5-0 win over Great Britain in the final of the World Baseball Softball Confederation Softball Europe/Africa Qualification Event.  Howard is a starting infielder for the Italian squad.

“It is still a shock to me that my team qualified for the Olympics,” Howard said via a Twitter interview.  “This is something every kid dreams about doing, yet it is rare when it actually happens.”

Howard has been playing for Italy for a couple years.  She says it started when she was visiting her family in Italy in 2016.  “My dad looked up softball leagues to practice with during our stay,” she explained.  “We ended up finding a league and when they found out I was an Italian citizen, they put me in contact with the Italian National Team’s head coach (Enrico Obletter).”

Howard says they will go through another tryout again before the 2020 Games.  Until then, “I will return to UNM to work on becoming stronger and bettering my skills, both for the Olympic team as well as the UNM softball team.”

Howard just finished her sophomore season with UNM.  The outfielder was named to the Google Cloud Academic All-America Second Team.  Howard earned the honor with a 4.05 GPA in biology.

In 46 starts last season with the Lobos, Howard racked up 24 hits, 9 doubles, two triples and three homers.  In 2016, Howard hit 18 home runs for La Cueva, which is second all-time on the list of home runs hit in a single season in New Mexico. 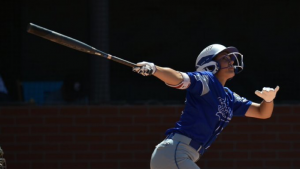 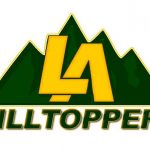