The 5-foot-3 senior and shortstop led the Rams (28-3) to the Class 5A state championship this past season. Martinez batted .558 with 14 home runs, 45 RBI and 53 runs scored. She also posted a 1.299 slugging percentage and stole 21 bases. A First Team All-Metro and All-District honoree, Martinez was named the District Offensive Player of the Year and was named the Albuquerque Journal’s Best in Preps Softball Player of the Year.

Martinez has volunteered locally on behalf of the U.S. Marine Corps Toys for Tots program and has donated her time to youth softball.

Martinez has maintained a B average in the classroom. She has signed a National Letter of Intent to play softball on scholarship at the University of New Mexico beginning this fall.

As a part of Gatorade’s cause marketing platform “Play it Forward,” Martinez also has the opportunity to award a $1,000 grant to a local or national youth sports organization of her choosing. She is also eligible to submit an essay to win one of twelve $10,000 spotlight grants for the organization of choice, which will be announced throughout the year. 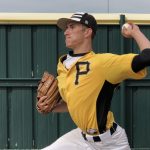 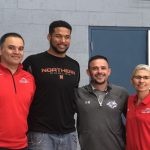