FARMINGTON SCORPIONS LOOK TO ADD TO THEIR TITLE TOTAL

Farmington’s primary color is green, but their baseball team sure does have a lot of blue.  The Scorpions have claimed 14 state baseball championships, including last year’s blue trophy.

“It’s a really good group still,” said new head coach Danny Secrest.  “There’s experience on here (this roster) and they know how to play the game of baseball.”

Danny Secrest took over the defending state champs this season.  He spent the last two years as head coach at Kirtland Central after 20-plus years as an assistant with the Scorpions.

“I’ve been here before and I know some of the kids that were returning so that’s blessing for sure, instead of coming in fresh and didn’t know anybody but I think I’ve gelled with the kids pretty well so far” said Secrest.

“It’s been smooth,” said Carpenter.  “I didn’t know, at first, how it was going to be with all the seniors and how they were going to respond, but I really like the job coach Secrest has done.  He pushes us every day to get better, so it’s been fun.”

“I love what Secrest is doing with us,” added senior pitcher Bradon Zastrow.  “We all adapted really well and the way he coaches us is fun.”

Not only is their head coach new, but Farmington is now in Class 5A with the state’s other largest schools.

Seniors Danny Carpenter and Bradon Zastrow are the two aces on the mound.  Their roles changed from coming out of the bullpen last season to starters this year.  Instead of going one or two innings as a reliever, they now try to go deep into the game.

“It’s basically a mindset change just realizing I can’t go just one, maybe two innings a game,” Carpenter explained.  “I have to come out and try and go a complete game, that’s my goal every time I pitch.”

“You have to change your approach on the mound,” described Zastrow.  “You can’t go in and give it 100% for two innings, you have to work an even pace throughout.”

Do the Scorpions think they have enough to get it done again this year and win back-to-back state titles for the first time since 2008?

“We have it in the back of our heads for sure and I think there’s a possibility anyone can win it in this state,” said Secrest.  “I think that 5A is really good competition and I think anybody can win it, but we got a shot here.”

“I think we have the best talent in the state, we just have to put the pieces together and start swinging the bats and fielding ground balls and doing all the simple stuff,” said Carpenter.  “I think we’ll be in there.”

Farmington is 12-5 and will take on rival Piedra Vista this weekend. 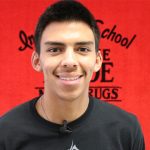 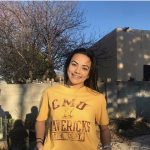