The 5-foot-9 senior guard had led the Cavegirls to a 23-4 record and a berth in the Class 5A state tournament at the time of her selection. Boswell averaged 19.8 points, 3.4 rebounds, 2.6 assists and 2.3 steals through 27 games. A three-time First Team All-State honoree and two-time District Player of the Year, she has also twice been selected to the USA TODAY’s ALL-USA New Mexico  First Team.

A devoted member of her church community, Boswell has volunteered locally assisting the intellectually challenged. “Carsyn Boswell is an outstanding basketball player,” said Fernando Sanchez, head coach at Roswell High. “She’s one of the best shooters anywhere in the state of New Mexico, and the rest of her team really follows her lead.”

Boswell has maintained a 4.03 GPA in the classroom. She has signed a National Letter of Intent to play basketball on scholarship at Idaho State University this fall.

As a part of Gatorade’s cause marketing platform “Play it Forward,” Boswell also has the opportunity to award a $1,000 grant to a local or national youth sports organization of her choosing. She is also eligible to submit an essay to win one of twelve $10,000 spotlight grants for the organization of choice, which will be announced throughout the year.

To learn more about the Gatorade Player of the Year program, check out past winners or to nominate student-athletes, visitwww.Gatorade.com/POY, on Facebook at www.facebook.com/GatoradePOY or follow us on Twitter at www.twitter.com/Gatorade. 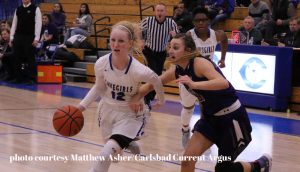 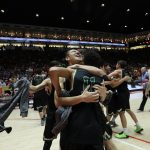 SOME STORYLINES TO WATCH AT THIS YEAR’S STATE BASKETBALL TOURNAMENTGeneral News, Press Releases