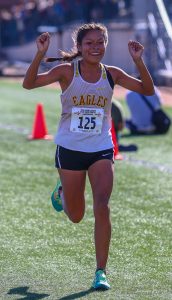 The 5-foot-1 junior won the Class 5A state meet title this past season with a time of 18:22.45, breaking the tape 25.05 seconds ahead of her next-closest competitor and leading the Eagles to a first-place finish as a team. Turtle-Morales finished 20th at the Nike Cross Nationals Southwest Regional championships, the top New Mexico runner by 32 seconds.

Turtle-Morales has volunteered locally with Lap Dog Rescue of New Mexico, and has donated her time to a summer camp for children impacted by AIDS and HIV. “Jasmine was definitely the most dominant girl in our state this fall,” said Kenny Henry, head coach of Cleveland High. “She shows a great deal of determination within her races and graciousness afterwards.”

Turtle-Morales has maintained a B average in the classroom. She will begin her senior year of high school this fall.

As a part of Gatorade’s cause marketing platform “Play it Forward,” Turtle-Morales has the opportunity to award a $1,000 grant to a local or national youth sports organization of her choosing. She is also eligible to submit an essay to win one of twelve $10,000 spotlight grants for the organization of choice, which will be announced throughout the year. 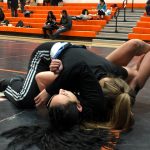