CLEVELAND IS THE HOLIDAY FAVORITE

It doesn’t matter which basketball coach you ask, the Cleveland High School boys basketball team is considered the early favorite in the state’s largest classification. The Storm won all seven of their games so far this season and scored 76 points or more in all but one of their games. 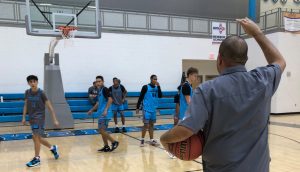 Munn is the go-to player on this roster. Munn signed a letter of intent to play basketball at New Mexico Highlands next year.
“He can play the 1-5 for us,” said Jimenez. “He can handle the ball. He can shoot the ball. He probably has the best mid-range game in the state. That 14-15 footer is money. Defensively he’s a game-changer because he’s so long and athletic and can get in passing lanes and really disrupt offenses. We’re looking for him to have a big year this year.”

“I definitely want to improve on my shooting,” said Munn. “My perimeter game, especially around the three-point arc, it needs a lot of improvement.”

Jimenez led his team to the Final 4 his first year with the Storm. Last season, Cleveland reached the title game, falling to eventual champ Atrisco Heritage. This season, the third-year head coach says this could be his best squad since he took over. 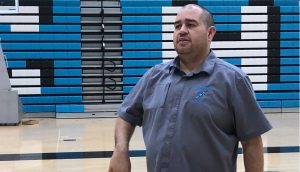 “I think at the end of the day this could be our best team that we’ve had since we’ve been here at Cleveland High School,” said Jimenez.

The Storm will play in the Hobbs Holiday Tournament this week. 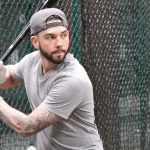