LAS CRUCES BULLDAWGS ARE BACK WITH SOME BITE

How can we describe this year’s Las Cruces High School volleyball team?

“The word we use as a coaching staff has been relentless,” said head coach Keith Luepold.

“We have a lot of heart, we don’t want to let the ball drop and we go make plays out of nothing,” said Massey.

The easiest description is good and maybe a surprise.

“We weren’t supposed to be this good this year I don’t think this year.  We lost 8 important kids last year, seven seniors and one junior.  I don’t think anybody anticipated that we would be as good as we are and I think we’re a pretty good team.”

We’ve established they’re not big, with an average height of about 5-6, so how are they getting it done?

“The best thing that we do is defense and we have some players who can hit the ball starting with Christina Aguayo who is a special athlete.”

Also on the roster is Jocelyn Massey who is home schooled but decided to join the squad on the court.

“At first it was a little awkward and I was the outsider and it was hard to make friends, but then they welcomed me easily and everybody was really friendly and nice and it was a smooth transition.”

Las Cruces hasn’t won it all since taking back-to-back blue trophies in 2000 and 2001.  This season La Cueva is the heavy favorite and the Bulldawgs are keeping an eye on the Bears.

“It’s always been a rivalry, ever since we beat them two years ago to go to the state championship, that’s where it started.  Some of them were on the team and some of us were on the team back then and it’s still going.”

“It’s not just about La Cueva, it’s about Cibola and Rio Rancho and Volcano Vista and Sandia. There’s a whole group of us who I think can walk away with the blue trophy.  I think it depends on who gets hot at the right time.”

Small, crafty, fast, relentless… we’ll find out in a couple days if they can add the word champion to that description.   The Rudy’s Real Texas Bar-B-Q State Volleyball Championships start at Thursday. 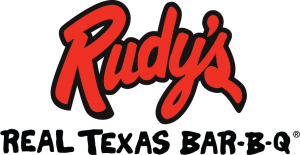 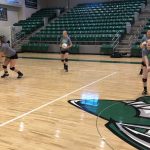