Albuquerque, N.M. – The New Mexico Activities Association is proud to announce that Coach Steve Bernal and the Mountainair Middle School football team has been recognized as the Compete with Class award recipient for the month of September 2018.

During Mountainair’s home football game on September 8, officials noticed a Ft. Sumner player was not wearing hip pads.  The crew then called a timeout and discovered that a majority of the Ft. Sumner players were not properly fitted with the required safety gear.  Ft. Sumner did not have enough players with the required safety equipment to continue the game.  However, Coach Bernal and the school athletic director offered to provide the equipment to their opponent so the game could continue.  It was also noted that during the contest, Mountainair defensive players would repeatedly help their opponents up off the ground following a tackle.

Sportsmanship is defined by the NMAA as the act of treating others in a respectful manner, taking personal accountability for one’s actions, and responding with integrity while engaged in competition.

The NMAA would like to thank Coach Bernal and the Mountainair Middle School football team for setting a great example for the state of New Mexico.

Note that the NMAA will announce a monthly honoree throughout the remainder of the 2018-2019 school year. Questions regarding this announcement can be directed to Dusty Young, NMAA Associate Director, at (505) 977-5385. 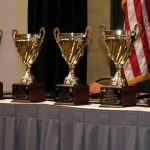 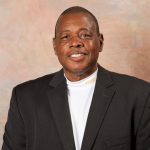