Last year the Sandia volleyball team won the state title and the Matadors will be the first to tell you not a lot of people expected it.

“We went into state kind of being the underdogs and I think winning it brought more confidence to our coaches and ourselves that we can really go out there and show people that we deserve to be a big competition,” said junior Cali Hobart.

This year’s squad has seven new faces but the same underdog mentality.

“I feel like sometimes people count us out still, like we’re still considered the underdog, but we’re definitely a top team to compete with,” said junior Patia Storey.

Sandia dominated their district, clinching the crown with a win over Rio Grande this week.  Their only two losses this year are against top ranked La Cueva.

“We’ve had our ups and downs, we’ve definitely had our adversity,” said head coach Kris Borland. “I feel like they stepped up in times we truly needed them, so they put in the position we are now and kudos to them because they’re putting in the work.”

The roster is young but for those returners having a state title under their belt does a lot for their confidence.

“I think it put a lot of pressure on us is what it did,” joke Borland. “It was a great accomplishment for our girls. They really wanted that as their end goal and they were able to accomplish that and that kind of builds with the girls coming up and they see what it takes.”

“It gave us a lot of confidence, but I think we still work on being humble and that was last year and we have to work hard to do it again,” said Storey.

The field for the state tournament will be announced on Sunday November 11th. 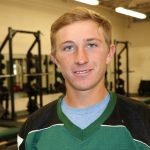 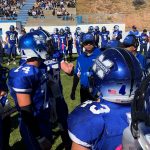