There’s something new in the land of the blue at West Mesa High School.

That person is new head coach Anthony Ansotigue who spent time in the metro area as a defensive assistant.

“He works out with us in the weight room and talks with us a lot,” said senior Camren Schroer.  “He helps us on the field and runs plays with us, he does a lot with us.”

The first-year head coach has a roster with some experience on both sides of the ball.  West Mesa returns four of five starters on the offensive line.

“I think our starting 11 on both sides of the ball can compete pretty well,” said Ansotigue.  “We just don’t have a whole lot of depth.”

Along with a new head coach, West Mesa also has a new district home, playing alongside Cleveland and Rio Rancho.

“We aspire to be like Cleveland and Rio Rancho,” said the head coach about the challenge.  “We try to emulate a lot of the stuff they do. Everybody wants to be good.  I’m trying to get the kids to understand that the most successful teams in the state year in and year out, this is what they do.”

In addition to staying healthy, the Mustangs might have to do some things that are unconventional just to compete in their new district.

The Mustangs take on Eldorado in week one on Friday August 24th. 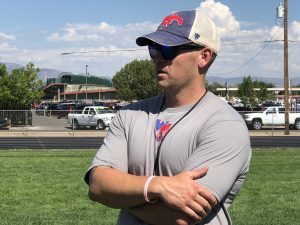 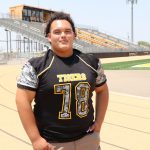 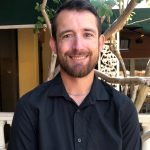