The Piedra Vista boys golf team is a group on a mission to win the state title.

“It’s been on our goal list since the bus ride home from Roswell,” said head coach Tom Yost.

It was long bus ride home to Farmington after last year’s state tournament.  Piedra Vista would have been the 6A state champ, but one of their players signed an incorrect scorecard and the blue trophy went to Cleveland.

“That one hurt so we really, really want to get it this year,” said junior Tyler Diehl.

“I have 5-6 kids on the team that don’t need any extra motivation but what went down last year and the bitterness that they felt on the drive home from Roswell has been a huge motivator,” said Yost.

“We use it as motivation, we want to make sure that doesn’t happen again,” added junior Trey Diehl.  “We’re going to try and play as best as we can.  It hurt pretty bad last year and we want to get the job done this year.”

They’re certainly headed in the right direction.  The Panthers recently blew away the field at the Shootout in the Desert, taking the team title by 24 shots.  It won’t hurt that the 6A title will be decided on their home course at Pinon Hills in Farmington.

“We get to play there, that’s where we get to practice,” junior River Smalley said.  “We just gotta stay within ourselves and take it shot by shot and we should have a plan.”

The two-day state tournament starts on Monday May 7th. 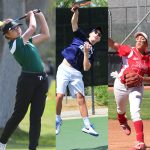 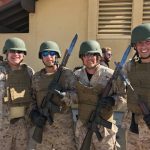