One of the top 10 internationally ranked debate programs in the world is from East Mountain High School.

“This is huge bragging for our school, our tiny charter school up here in the east mountains,” said teacher Trey Smith.  “We’ve beaten schools that are all boy private schools in Dallas that are like three thousand students and we’re just a school of 350 students here in rural New Mexico, so we’re really proud of that.

“It’s a little scary but it’s really exciting,” described junior Hannah Linder.  “We put so much time and effort into this and I feel like we’re very well prepared and I’m excited to see how that pays off.”

So how did they get to this point?  After submitting a 2800 word essay about international climate accords, they were selected as one of the top 64 teams worldwide.

“There’s actually videos you can watch from previous years and so I kind of feel like a football coach reviewing old plays of other teams and that’s what I’ve been doing,” said Smith.  “I’m seeing what the other teams have done in the past and kind of getting ready for that strategy and giving them the best advice I can.”

In a March Madness-like format, this team advanced past a group from Pakistan, Ohio and Connecticut and now East Mountain High School is in the top 8.  The winning team takes home a $10,000 prize.

Delgado is proud to be one of the few all-female debate teams in the competition. “In the debate world there is kind of stereotypes about girls debating and I feel like we’re coming in with a strong voice and we’re very excited to represent the female community at our school and in our state.”

Teams from China, Slovakia and Taiwan also made the final 8.  This is the fourth team from East Mountain High school that’s advanced this far.  The team leaves this week for New York. 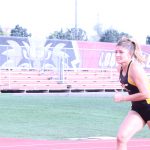 MANY MULTIPLE WINNERS ON MONDAY AT THE TRACKGeneral News, Press Releases 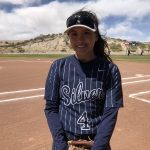