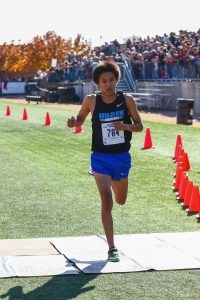 The 5-foot-7, 135-pound senior won the Class A-2A state meet for a second-straight year this past season with a time of 16:13.5, breaking the tape 28.4 seconds ahead of his next-closest competitor and leading the Warriors to a first-place finish as a team. Curley was also the top New Mexico finisher at the Nike Cross Nationals Southwest Regional championships, crossing the line 41st in 15:37.5. He is a two-time Navajo Times Runner of the Year.

A member of his school’s student council, Curley has volunteered locally with Navajo Nation Foster Care and as a youth running coach. “What makes Galvin a great runner is mostly his passion for the sport,” said Patrick Ortiz, head coach of Pecos High. “He has worked extremely hard to get where he is today. He is competitive and resilient.”

Curley has maintained a B average in the classroom. He remains undecided upon a collegiate destination.

As a part of Gatorade’s cause marketing platform “Play it Forward,” Curley has the opportunity to award a $1,000 grant to a local or national youth sports organization of his choosing. He is also eligible to submit an essay to win one of twelve $10,000 spotlight grants for the organization of choice, which will be announced throughout the year. 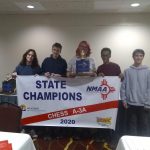