Here’s a look at some of the student-athletes signing their National Letters of Intent this week.

A Storm is Coming

Cleveland High School’s Dion Hunter committed to play football for the University of New Mexico.  Hunter was a linebacker on the Storm’s 12-1 squad this past season. 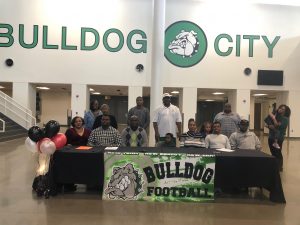 Chase Chaloupek of Las Cruces High School will sign his letter of intent to play football at West Texas A&M University.  On social media, he thanked his “family and coaches for the amazing support throughout the years.  Thank you to the other schools who recruited me and believed in my abilities.” 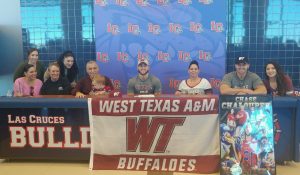 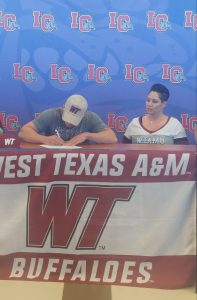 Also at Las Cruces High School this week, Mindy Tapia will sign her national letter of intent to play soccer at Texas Tech. 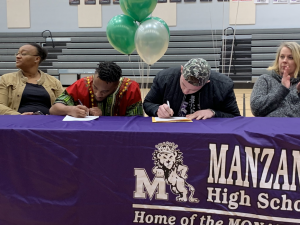 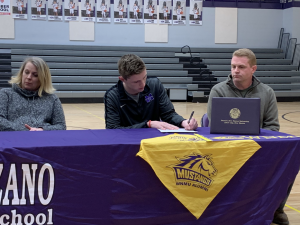 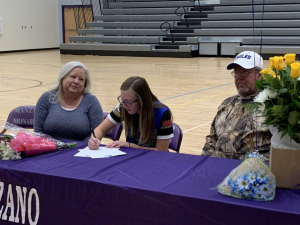 The Volcano Vista Hawks are recognizing several of their student athletes going to play at the next level. 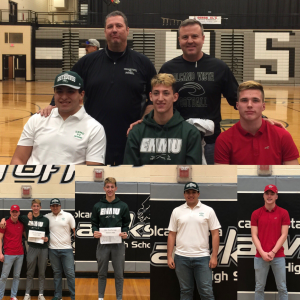 Rio Grande High School’s Aaron Pavia (QB) and Cruz Bolivar (WR) will both be attending the College of St. Scholastica in Duluth, Minnesota to play football. 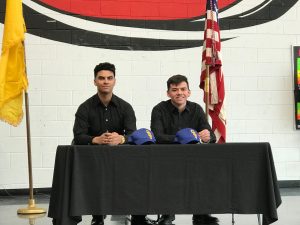 Dominic Morgan of St. Michael’s will play football for Ave Maria University in Florida.  They are known as the Ave Maria Gyrenes, a mascot defined as a member of the U.S. Marines. 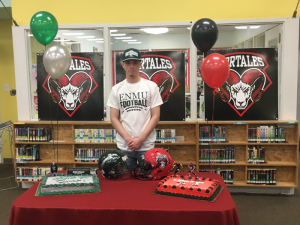 The Artesia Bulldogs have two football players who signed their letters of intent.  Colin Flood will play for West Texas A&M University and Isaiah Farmer is headed to Eastern New Mexico University. 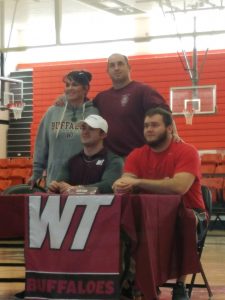 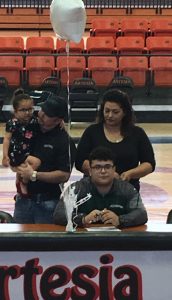 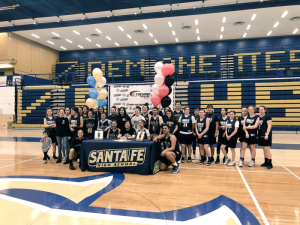 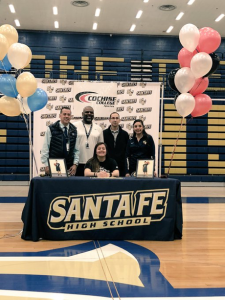 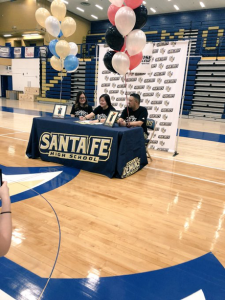 A Little Bit of Everything

Rio Rancho High School had several students commit to compete at the next level. 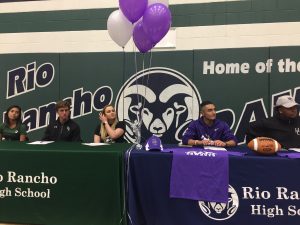