FUDDRUCKERS PRESENTS EVERYBODY HAS A STORY: BRYCE ALFORD, UNFINISHED

Following his standout career at La Cueva High School, Alford went on to play four years for his father, Steve, at UCLA.  When he finished his playing days with the Bruins, he ended as one of the top five scorers in the history of the school.  Bryce is the only player in the history of UCLA to have over 1,700 points and 500 assists.  He is currently with the G-League team in Oklahoma City.  Alford led the G-League in 3-pointers made for the 2017-2018 season.

Bryce recently sat down with J.P. Murrieta to discuss his career and talk about his upcoming basketball camp in Albuquerque this summer.

For more information on his camp, go to 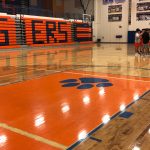