The basketball season ended last March with the Atrisco Heritage boys lifting the blue trophy for the first time in school history.  This season the defending state champs are in the toughest district in the state, but still have a shot at winning it all again.

Pride and Loyalty are two words on the wall in one Atrisco Heritage gym.  Another word you could put up is champion.

“The seniors that graduated last year, they left their mark as far as leadership, as far as work ethic, as far as what it takes to get there,” said head coach Adrian Ortega. “We have a couple kids that were on that team, a couple starters, and they picked up where we left off.  I’m really proud of this group.”

And he should be, Ortega has positioned his squad to make another postseason run this year.

“The thing about this group is they bounce back after every loss this year,” said Ortega.  “A good thing is they’re not used to losing.  We didn’t lose a lot last year.”

They don’t lose a lot this year either behind guard Joziah Ramos.  The junior has a new position this season, running the point for Atrisco Heritage.

“It was pretty rough at first, but once I started getting into it things have been going pretty well,” said Ramos.

“Diego Ortega, our point guard last year, he didn’t get much credit,” said Ortega.  “I think a lot of people are realizing what he did on the floor. Joziah, he is transforming into a point guard, but he’s more of a scorer.  The kid, when he gets going, he’s had a couple games of 40.”

Earlier this season against Cleveland, Ramos had one of the top shots of the year to send the game into overtime.

Atrisco Heritage was moved into a new district this year with Cleveland, Rio Rancho and Volcano Vista, a Murderers’ Row of opponents this season.

“It’s very difficult, but we have to embrace it,” said Ortega.  “The hard thing about it is that when you do go through a loss you have to regroup really fast because there isn’t that one team where you can play everybody and win by a lot.  It just gets stronger and stronger.”

The Jaguars are at Volcano Vista Tuesday night. 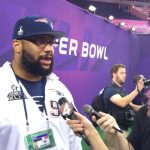 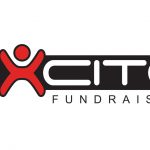