Volcano Vista at
Cleveland Friday 7pm
The last time these two teams met was October 19thand the two teams put up a combined 107 points. The Storm won the game 61-46. Volcano Vista is the only team to put up more than 28 points on Cleveland. “Volcano Vista has the most team speed in the state,” said Cleveland head coach Heath Ridenour.  “They have guys on offense that can score on any given play.  (Quarterback) Jake Deatherage is playing with a lot of confidence right now. Defensively, we are going to have to find ways to slow their offense down and force them to punt the ball a few times.”
“I think we match up well with them,” said Volcano Vista head coach Chad Wallin.  “We have to play to our ability and not get caught up in the hoopla.”

Centennial at
La Cueva (Wilson Stadium) Friday 7pm
This is the battle of the unbeatens.  After trailing 14-3, the Hawks rallied to outscore Eldorado 34-10 in the final three quarters and advance.  The Bears barely got by Las Cruces in a tight one 17-14. “I think this matchup is going to come down to defense,” said La Cueva head coach Brandon Back. “The team that can get on the board early is going to have the best shot.  Our biggest concern with them is how strong they are.  They’re tough and aggressive kids who are well coached.”
“I feel like La Cueva is the best team we’ve played this year,” said Centennial head coach Aaron O’Campo.  “They have good athletes at every position.  Defensive scheme-wise, they are similar to what we prepared for with Eldorado. Offensively, I don’t know if there’s anyone we played that is as RPO (run/pass option) heavy as they are and I don’t think we played a team with as many playmakers as they have.  I think the kicking game will be key, making sure you take care of the football and, most of the time, both teams will try to make the other team one-dimensional by stopping the run game.”

Artesia at
Roswell (Wool Bowl) Friday 7pm
If the first match is any indication of how this one will go, the fans shouldn’t leave until the clock reaches zero.  The Bulldogs scored on their last possession and added a two-point conversion to beat the Coyotes 36-35. “We are pretty even with Roswell, as evidenced by our first game” said Artesia head coach Rex Henderson. “I see this one being very similar, a down to the wire game.  The biggest concern for us, aside from their speed, is beating a good team twice in one season.”

Goddard at
Los Lunas Saturday 1pm
This is expected to be a game of two evenly matched teams.  These two schools met earlier in September when the Rockets edged out the Tigers 28-27.  These two teams also met for the state title back in 2012, which was the last time the Rockets won a state championship.  Goddard is coming off a 34-0 shutout win over Deming last week and Los Lunas beat rival Belen 21-17.  “Goddard is big and physical,” said Los Lunas head coach Jeremy Maupin.  “(Quarterback) Dalton Bowles is a great athlete and a tough guy to stop.  The last time we played, it was a great tight game and we expect the same.”
“We will have to play mistake free football to win,” said Goddard head coach Chris White.

Bloomfield at
St. Pius X (Nusenda Community Stadium) Saturday 1pm
The Sartans are coming off a 31-25 victory over Aztec last week, but they lost their quarterback in the process following a leg injury to Derek Rivera.  Bloomfield shut out Kirtland Central 21-0 in the quarterfinals.  “We run very similar schemes,” said Sartans head coach David Montoya.  “They have a very fast running back and their quarterback runs the system well.  Our biggest concern is taking good angles and limiting big plays.”

Taos at
Portales (ENMU) Saturday 1pm
Taos pounded Lovington last week 55-7 and Portales put up 64 points in their win over Grants.  The Rams won it all in 2016.  “I believe we match up great with them,” said Taos head coach Art Abreu.  “It should be a great game that comes down to the last possession.”

Robertson at
Hope Christian (Milne Stadium) Friday 7pm
The Huskies scored 67 points in a quarterfinal win over Tularosa and Robertson put together a late-rally to come from behind and beat St. Michael’s last week 28-27.  Robertson has played in the championship game each of the last three years.  Hope Christian has never made it to the title game. “They are a strong run team and know how to win when the pressure is on,” said Hope head coach Gary Beck.

West Las Vegas at
Dexter Saturday at 1pm
West Las Vegas beat Soccoro 28-14 to earn their trip to the semifinals.  Dexter did away with Hatch Valley 35-14 last week. “They’re bigger up front, but we’ve become accustomed to that,” said West Las Vegas head coach Adrian Gonzales. “If we play the way we’re capable of, we should be fine.”

Santa Rosa at
Eunice Saturday 1pm
Eunice won the 3A blue trophy last season and have yet to lose this year in Class 2A.  The Cardinals beat Estancia last week 56-14.  Santa Rosa took down Fort Sumner/House 24-13. The Lions are trying to get back to the title game for the first time since 2012. “Athletically, we match up very well with Santa Rosa,” said Eunice head coach Ken Stevens.  “They run a single-wing offense which is something you don’t see much of anymore.  Our chief concern is getting their offense off the field.”

Gateway Christian at Tatum Saturday 1pm
These two teams met in the opening week and meet again in the final game of the year.  Gateway Christian beat Tatum in late-August 41-6. They also took them down 53-28 in October. Tatum punched their ticket to the title game by beating Mountainair 35-28.  Top ranked Gateway Christian beat Melrose 53-24 last weekend. Gateway Christian has played in the championship game five of the last seven years.  Tatum’s last trip to the final was 2009. “We have played them twice and are very familiar with each other so we will have to execute,” said Gateway Christian head coach Shaun Wigley.  “We have matched up well so far, but they are balanced and run a lot of different sets so we’ve got to be lined up right or we will get beat by alignment.”
“We have different styles,” said Tatum head coach Gary Richardson.  “Our quarterback is more of a throwing threat and Gateway’s quarterback is really a running threat.  Gateway has more big play potential while we tend to establish longer drives.  Our concerns are stopping the long pass play and stopping their quick quarterback on the run.  We turned the ball over four times against Mountainair and must avoid that this week.” 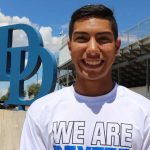 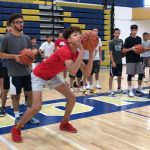