MOUNTAINAIR FOOTBALL: A RHAREBREED THIS YEAR

Mountainair football is a Rharebreed this year.

“There’s good teams out there, but I think we have as good of shot to get there as anybody,” said head coach Robert Zamora.

This 8-man football squad made it to the state final last year but lost in the championship to Melrose. They use that setback as motivation to return to the title game this season.

“We look at it as motivation mostly,” said senior Avelino Sisneros.  “It drives us, we look back at it all the time.”

“They really didn’t know what it would feel like until we were there,” their head coach added.  “That loss hurt, so they’re doing everything they can do to get us back there and get another shot at it.”

This year Mountainair is led by sophomore quarterback Cade Brazil.  His brother played quarterback for them last year.

Mountainair hasn’t won it all since 2007, but they’re hoping for a top three seed this year.

They’ll find out their seeding this Saturday night on our Selection Show. 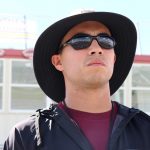