Gloria Jones is a recent graduate of Gallup High School with a unique perspective of the high school experience.

Two years ago, this daughter of a military family moved to the southwest after eight years in South Korea. “Everything was opposite from what I was used to,” Jones said about the different locations.  “Especially the weather,” she added.  “I like it here a little better.”

At Gallup High School, Jones was a member of the National Honor Society and competed in track and field. In a span of five meets from March to April Jones took first place in both the 100m and 200m races all five times. She qualified for the state meet in both events.  “I progressed a lot more than I thought I would.”

During team study halls, Jones would tutor her teammates and help them with their homework.  “I’ve always liked teaching in some way,” Jones said. This would become a great stepping stone for the next chapter in her life.  Jones will attend Abilene Christian University where she hopes to study to become a teacher, like her mother.  Her goal is to eventually go back to South Korea and teach other kids with a similar path to hers.

“I want to teach military kids because I know what it’s like and want to give back.  I can understand the students and relate.  I like to give kids a foundation for learning.” 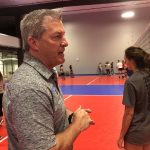 EVERYBODY HAS A STORY: BRIAN AINSWORTH “THE ADVENTUREGeneral News, Press Releases 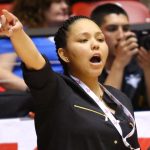 EVERYBODY HAS A STORY: TANISHA BITSOI “THE GIRL FROM NASCHETTI”General News, Press Releases, Uncategorized