“I’ve always wanted to be a head coach,” said Kiraly.  “Mike did a great job with the program and I felt like I needed to throw my name into the hat because I didn’t want change for the program.”

This is Kiraly’s first head coaching job after spending the last two years as an assistant at Piedra Vista. “I’m definitely a players coach,” is how Kiraly described his coaching style.  “I want to make our team a place the kids want to come to after school.”

McGaha was very complimentary of the Panthers new hire.  “It’s important that the kids are your priority and he (Jeff) is going to love the kids more than he loves the game,” said McGaha.

Kiraly’s love of the game goes back to his high school days at La Cueva High School.  The former Bears first baseman signed a letter of intent to play college baseball at Arizona State, but he was drafted out of high school. He was a third-round pick of the New York Mets back in 1991.  He spent five years in the Mets organization and then played another two years of independent ball.

“It was a great experience and some of the best times of my life,” Kiraly described his pro playing days. “We had a chance one time to listen to Hank Aaron talk about hitting.  Ron Washington was my manager and you learn a lot about the game by playing every day.”

Kiraly says the biggest challenge in year one of being in charge will be to keep the progress going. In 9 years, McGaha led the Panthers to 6 state championship appearances, 210 victories and five draft picks along with over 50 National Letter of Intent signees.  “The biggest challenge will be to continue the success,” said Kiraly.  “We lost in the state final last year and my goal is to get back there again.”

The Panthers will return five players who suited up for them last year, including pitcher Nate Swarts and catcher Trent Kiraly. 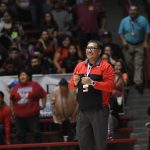 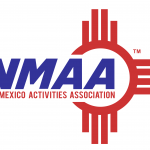