The 6-foot, 210-pound senior right-handed pitcher and corner infielder led the Panthers (23-8) to the Class 6A state title game this past season. Silseth posted a 7-3 record with a 1.25 ERA, striking out 53 batters and allowing just 20 hits and 11 walks in 56 innings pitched. He also threw a no-hitter and limited opponents to a batting average of .148. A First-Team All-State selection in 2017, Silseth batted .328 this spring and is the state’s No. 3 prospect in the Class of 2018 as rated by Perfect Game.

An active member of St. Mary’s Catholic Church and a representative in the Piedra Vista Student Senate, Silseth has volunteered locally with the Special Olympics and has donated his time to a fundraiser for mass shooting victims at nearby Aztec High School.

Silseth has maintained a 3.37 GPA in the classroom. He has signed a national letter of intent to play baseball on scholarship at the University of Tennessee this fall.

As a Gatorade Player of the Year, Chase will be able to select a national or local youth sports organization to receive a grant as part of the Gatorade Play It Forward program. Every Gatorade Player of the Year state winner receives a $1,000 grant to donate and will have the opportunity to enter for an additional $10,000 spotlight grant by writing a brief essay explaining why their selected organization deserves additional support. 12 spotlight grants – one for each sport – will be announced throughout the year. 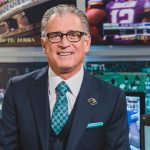 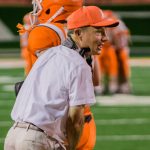 Everybody Has A Story: Cooper Henderson “Making A Difference”General News, Press Releases