FROM THE BULLDOGS TO THE BOBCATS

He went from being a Lobo to becoming a Bobcat. Albuquerque High’s Marlon Cunningham signed a National Letter of Intent to play basketball at Texas State.

“I really enjoyed the coaching staff and the campus and I feel like in these next years, the freshman through senior years, we’ll be able to do something pretty special,” explained Cunningham on why he chose Texas State.

It’s been a long process for the senior. Back in August of 2016, Cunningham committed to play for then head coach Craig Neal. Once Neal was let go following the 2016-2017 season, Cunningham’s future at UNM was up in the air. New head coach Paul Weir told the post player he would keep the lines of communication open but allowed him to open up his recruitment and pursue other options.

“It’s been very difficult and hard and a long process,” said Cunningham. “I thank my mom and my family and my close friends for being by my side through it all.”

“A lot of people expected me to go to UNM, as did I, but everything happens for a reason.”

Cunningham was also considering Southern Mississippi along with UNM.

Cunningham is the first boys basketball player from Albuquerque High to sign a Division One scholarship since Damion Jenkins in 1996. 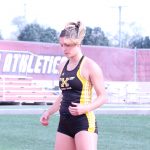 EVEN HEROES FALL, BUT THEY GET RIGHT BACK UPGeneral News, Press Releases, Uncategorized