Cibola’s Amaya Brown capped off her successful high school career with a prestigious honor.  Brown was named the 2017-2018 Gatorade New Mexico Girls Basketball Player of the Year.  The award recognizes outstanding athletic excellence, academic achievement and exemplary character on and off the field.

Brown averaged over 19 points and 12 rebounds a game.  She also added 4 steals and almost 3 assists per contest.  The 5’11” senior guard led the Cougars to a 26-3 record and an appearance in the 6A Championship game.  She signed a National Letter of Intent to play basketball at Florida State University this fall.

Along with her achievements on the court, Brown maintained a 3.36 GPA and volunteered locally on behalf of her school’s Unified Sports program. 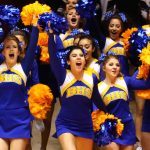 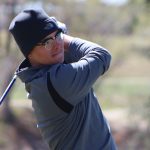